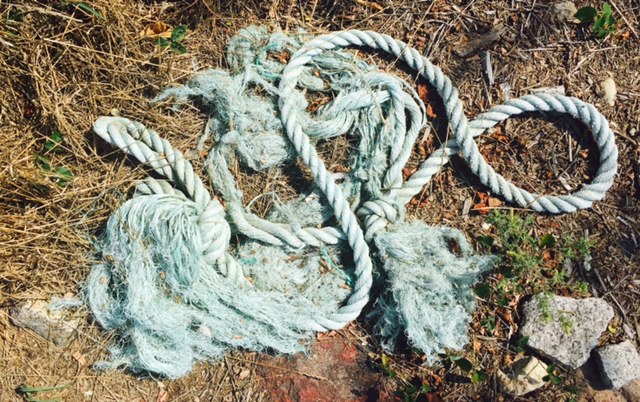 When you come to the end of it, it’s only because warning fires were shot, conversations were had, ultimatums may even have been given…and things (still) haven’t changed. Ropes are long. They’re braided. They look simple, but they’re a complex weave that hold things together — really heavy things. They can take a lot, but they can’t withstand everything.

Knowing how close you are to the end of a rope is hard to measure, because you don’t know until you’re hanging by a thread typically. We find ourselves there when we haven’t been seen or heard, when too much goes unsaid, when a threshold is on the immediate horizon. And this is where it’s hard to not blame other people or situations, and instead, take one more shot at preserving the thing you’ve built or made together. It may be the final effort you make to save something that seems too painful/cumbersome/dysfunctional to save — it might be a role you’re in, a relationship, a job you do, the impact someone has on you — again and again. The thing is, it’s hard to resuscitate something that’s hanging by a thread. There’s just not enough material there.

If you’re thinking about rope, it’s time to communicate about it. If you haven’t communicated enough, and you’re at the end of it, it’s going to be even harder. So it’s worth knowing early on — am I in “rope” territory? And if so, where am I on it? Middle? Close to the end?

The bad news is that we only tend to think about rope when we’re looking at the end of one. The good news is, ropes are deceptively strong. Take one more step, if you can, to extend yours. You might be surprised by your own resilience, and by how much more there was that you couldn’t see.