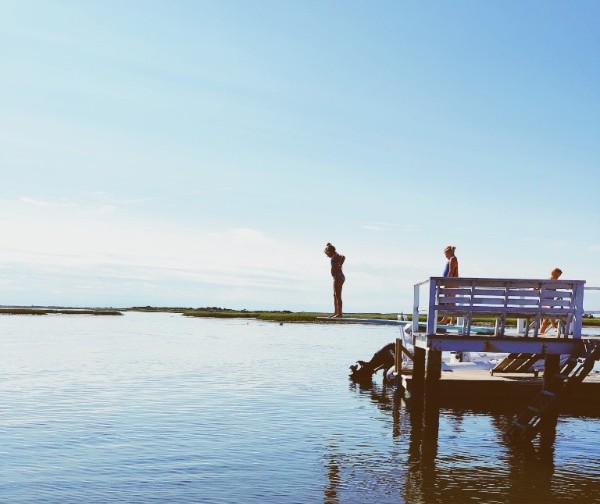 There’s nothing quite like a winning streak to cast doubts on one’s ability to perform the same trick again and again.

Ironic as it may seem, especially from someone with such strong opinions about being thoughtful in messaging, it’s surprising to find myself in an almost constant dialogue about the detriment of too much communication.

But over-writing, as anyone who has written and re-written an important email or text can attest, can be a self-sabotaging sinkhole. I discovered this recently when tasked with replicating memorable work.

Maybe something similar has happened to you.

After a series of successful collaborations (Blue Chip, portfolio projects) with a relatively new agency partner, I found myself in cerebral overdrive when they asked me back for another high-profile campaign. The gig was to write multiple scripts for a prominent tech company in Silicon Valley. The stakes were high, but no higher than other similarly positioned products or brands — which is to say — it wasn’t new territory. But on this day, on this job, I found myself listening to an inner whisper: “those others were so good… but can I really do it again?”

This is a particularly universal theme that many performers, athletes and creative’s have encountered — either after solid gold hits, sell-out shows, wow-factor work product or best-selling anything.

I remember the writer Elizabeth Gilbert doing an entire TedTalk about the burden of expectation following her internationally beloved Eat, Pray, Love memoir. Sports fans refer to it as Steve Blass syndrome because of the infamous all-star pitcher who, one day, couldn’t do the one thing he was famous for doing; pitching. He never got it back, and it ended his field career. His case is living proof of the ultimate fear.

Success Replication Pressure (my term) is a thing, and it was happening to me. I started the project with low-grade anxiety but looking back was in complete denial, reassuring myself how not stressed about it I was. But the work couldn’t hide behind anything, and it presented in a painful first draft over-write.

While the ideas themselves were viable, the totality was closer to something I might have submitted in my 20’s. I over-explained, over-justified and over-defended the concepts to the point of incomprehension. Remember Jon Favreau leaving 18 voicemails for his love interest in Swingers?

I wish I could have told myself to JUST STOP. But of course, it’s nearly impossible to have that perspective when you’re deep in the weeds. The clock was ticking…people were waiting… expectations remained high. I was failing – and fast.

He could see I was anxious, and because of this, had lost the plot. But I hadn’t lost his vote — which was the booster I needed to call in my copywriting superpowers and get the job done. Together, we slashed and burned until the voice and narrative found its way out of my mental maze.

And it taught me a valuable lesson.
It’s easy to feel like we’re falling into quicksand when we think our previous successes were flukes.

The biggest hurdle in the aforementioned disaster was my ego. I wanted to prove that I could keep “being great,” that they wouldn’t regret giving this sizable project to me, a girl from Eugene, Oregon who accidentally impressed a few people and somehow found her way into the big leagues of advertising. Everyone has his or her own dumb story, that’s just mine.

In the end, I had the answer, and so do you. The fans that loved it/you/your last great work… may think they want to see it again, but they don’t really know what they want. They just want you to be the one doing it.

Replication is a fool’s errand. What you did before is over. Whether you teach an epic class, post something funny/relevant/beautiful, deliver a mic-dropping pitch or hand in bulls-eye copy…experience sets the stage, but I think we each start over every time.

Saying you have a podcast almost feels like announ

Wanna be a guest? Listen up. Our new podcast helps