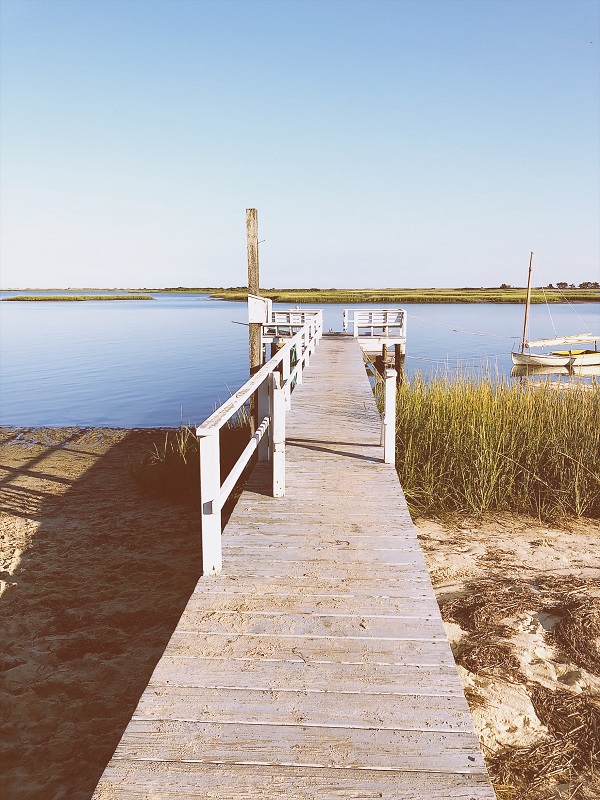 Summer, for many of us, impacts productivity, disrupts established processes and changes the pace we strive to hit the rest of the months of the year. More than any of the other seasons, it forces us to make tradeoffs, to negotiate for the summer pleasures that can only be done during these magical months. For me, there’s always something that ‘has to give’ to make room for everything else I want to savor.

Hot days are the reason to power down early, to cancel meetings; days off are legitimate needs more than they are guilty pleasures. Deadlines are accommodated, whereas new initiatives — and the requisite heavy lifting — those, we wave off to fall.

In July and August, we forgive erratic, work-disrupting kids’ schedules and colleagues’ inconvenient vacation notices because, for this fleeting period, work can wait. There’s an unspoken, collective agreement that because summer is a rare window of time, all is forgiven. It provides the ultimate “hard out,” a season that demands we milk every minute, without judgment.

But the transitional days between the end of August and early September feel less clear. Cues that point to more prescribed rhythms compete with our lingering desires to be spontaneous and open-ended. These weeks have us in a collective no-man’s land of bumpy starts, even for those of us ready and wanting of more structure. It’s easy to feel (temporarily) unmoored as expectations shift.

This was especially true for me as I sat down to write one recent morning, the first uninterrupted personal work day in (many) weeks. In spite of the numerous messaging projects I’ve completed for others this summer (it’s not as though I didn’t work), I found myself undone. I’d even go as far as to say panicked – by a palpable sense of incongruence. Was it my unusually quiet house, with kids now back in school? Was it an over-stuffed in-box, full of unanswered emails? Maybe.

But if I’m honest, the unexpected strangeness hit me as I began this blog entry. Sentences that usually come so easily felt rusty and punishing. After a six-week hiatus from personal writing — a self-imposed pause intended to uncover new perspectives and be present to other areas of my life — the exercise of unearthing clear dialogue, in this format, was sharply awkward.

I can’t tell you that a flash of regret didn’t seize me, because it did.

Please tell me you’re having a similarly clumsy transition.

Should I have been here, at my keyboard, so as not to lose all the momentum that suddenly appears to have evaporated?

Is the consequence of enjoying more summer —time, people, experiences — the loss of something else — art, progress, life’s work?

(This is long, but if this sensation is at all familiar, stay with me.)

As I thought back to why I chose to break the status quo, I was reminded of how fatigued I’d felt last spring, bored by the inescapable expressions of my own stirrings. Have you ever tired of your own output? I remember craving a new way to relate to the observations that have defined my work, a desire to evolve in some way. Maybe this acute, uninspired slump was the toll to be paid on the road to creative rehab.

But that narrative feels too punitive. Why is the nature of internal dialogue so sacrificial? Why is enjoying our lives — themselves works of art — often characterized as hedonistic? Could the real price of mental rest — especially because what was gained was both novel and meaningful — be thought of as walking down a path without footprints? Could we gently remind ourselves that we have not undone hard fought achievements but are simply in the realm of the unfamiliar?

Transitions don’t always appear productive, on the outside.
Nor are they very comfortable, on the inside.
But they are, quite often, the precursor to the new story we’ve asked for.

I’m not sure any of us have any clue to what we’ve released or acquired until we get back into relationship with it. It’s in the doing that we see what percolated and grew while we stepped away from it, particularly for those of us who create something…from nothing.

Sometimes the world invites us to a conversation we can’t refuse, and the roar of a wonderful, important, or worthwhile force takes over. But it doesn’t mean whatever has gone quiet, set aside for rest or recalibration, isn’t making its own magic while you’re not watching.

I get the sense that a new path is waiting, once my feet hit the ground. It may be overgrown, thorny and even a little formidable, looking at it right now. But trusting that there’s a way through it, that the part of me that churns and moves isn’t so much dormant but unexplored, is one reassurance that helped me take this first step.

How are you, friend?