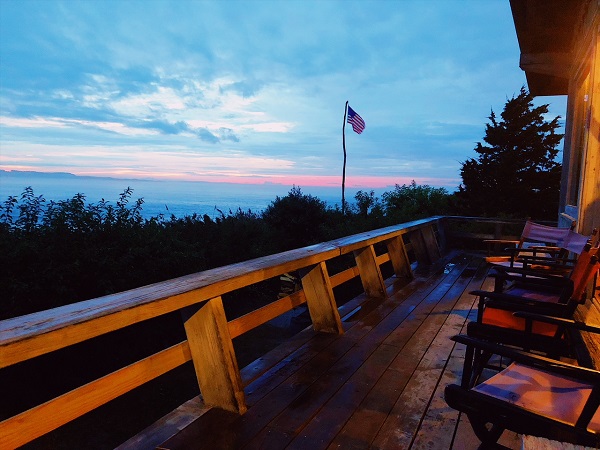 Do the weight of certain words change according to the times? In 2018, might we need to reset our relationship to ideas that at one time, might have seemed empowering?

I recently came across a lecture series, created and hosted by a major fashion retailer in New York City, designed to get the attention of someone exactly like me.

The series was called “Fearless Women.”

Is this what times like these call for? Having no fear?

This past week, as Dr. Christine Blasey Ford began her congressional testimony, the word she used to describe her reluctant recounting of traumatic personal events was “terrified.” She’s not the first to use that word. But what marketers choose pluck from #metoo and movements giving voice to previously silenced audiences, though earnest, feels tone def. The impulse to package fearlessness doesn’t actually make fear go away.

Even before last week’s stunning news cycle, I found myself questioning the thinking behind a message like “Fearless Women.” The word is featured prominently next to entrepreneurs on the cover of People, in GOOP and throughout likeable memes on Instagram. I’m wondering if the teams who voted for “fearless” have ever started something from scratch, pressed send on a piece of art, spoke up when it was easier to be quiet, or stepped into the ring when the sitting on the bleachers was more comfortable? If they had, they might not have imposed the idea of fearlessness on anyone.

Unspoken traumas aside, the intended audience is presumed to be creative, entrepreneurial, autonomous, powerful, self-made women who, as risk-takers, already have a close and consistent relationship with fear. Is this (seemingly blatant) truth lost on those who’d like to get credit for supporting a movement? Here’s where what sounds good in copy is in danger of overshadowing the real meaning of the call to action.

It’s no secret that messaging and campaigns organized around a cultural zeitgeist are tactic #1 for raising visibility for brands. It’s a strategy that creates a halo effect around companies that want to be viewed as relevant and empathetic — more human. Women, and our ancillary interests and concerns, are predictable breadcrumbs for a fashion retailer. So at first glance, women and fearlessness may seem like a match made in marketing heaven. But is “no fear” really what the speakers at this event — visionary, pioneering, bold women — have in common? Do they identify with fearlessness, or are they being asked to organize their stories around a narrative of fearlessness because the retailer has decided that fearless is this season’s must-have accessory?

On many an occasion, when interviewing people who have achieved some degree of fame or public recognition, I have noted a consistent sentiment. It was rarely, if ever, fearlessness, but rather resilience, in spite of fear, that pushed them to put one foot in front of the other. To layer fearlessness over an already unrealistic blueprint of what it takes to be great feels like a misunderstanding at the highest levels of an organization.

When decision makers forget their humanity, they miss the most obvious truths. We actually don’t want to buy fearlessness, even when we’re terrified.

But here’s what we do want.

We want to know she almost didn’t do it.
We want to know she doubted and cringed and stopped and started — had awful, uncomfortable conversations, and got up again the next day to do it again.
More than stoicism or fearlessness, we want to know how she faltered and won, then lost and then tried again.
This is the version that speaks to us.
But it’s a less tidy marketing package.

Since this retailer is known for its exceptional shoe collection, might I suggest a series called, “A walk in my shoes: Blisters, Bunions and Finish Lines.” It would accomplish the same thing — but is a promise that can be kept. It gives everyone the space in which to tell her story — as she really sees it — which hopefully was the company’s original intent.

We don’t slay our dragons as much as learn to tame them. Let’s not hold up “fearless” as a necessary prerequisite to success, or an ingredient for achievement or worth. Few of us steps outside her comfort zone fearlessly. Propagating a narrative that says she should is yet another box we’ll ultimately have to crawl out of.