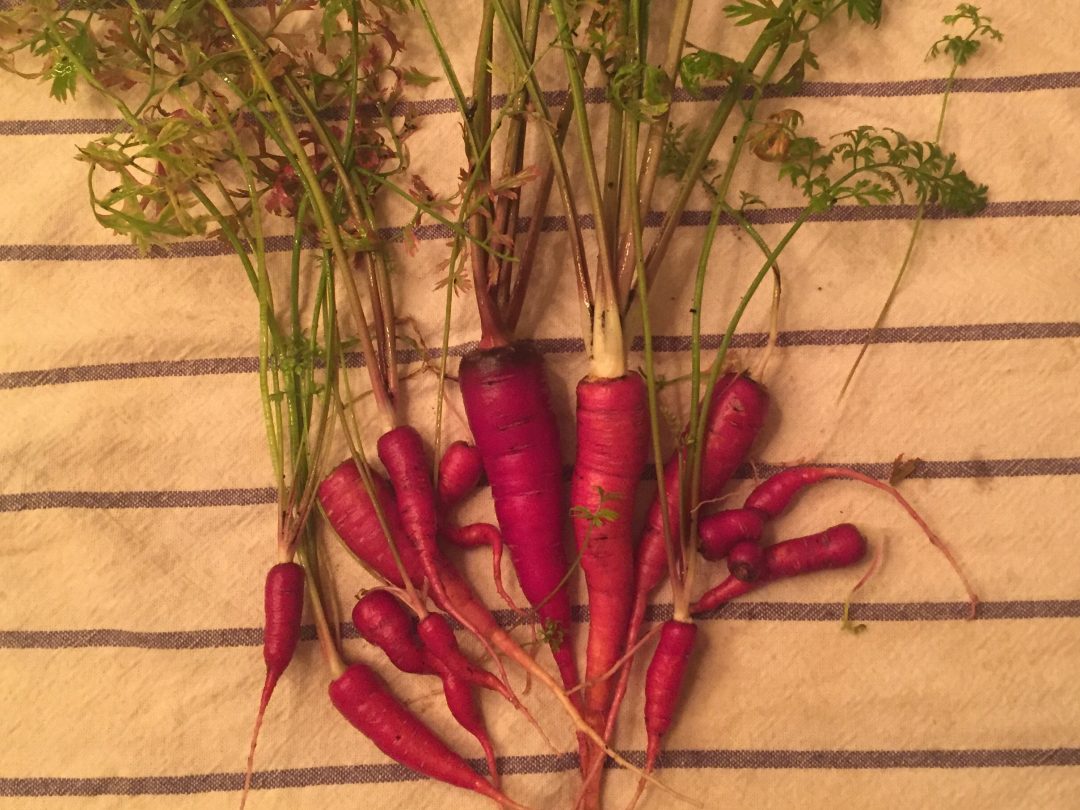 My first carrot crop this year. Not winning any medals at the County Fair. #goodtry

Remember way back when? You were new at that thing you do, and you made mistakes, but you corrected them, and then after a while you had surges of confidence when someone said “good job,” and you felt amazing, and then right after that, like the next day, you made humbling fumbles where you felt like an idiot and were embarrassed to be in the same room with yourself?

Ah, to be a virgin again (professionally speaking.) It may be hard to remember, but those pendulum swings that were frequent early on, become less and less as you mature into your talent. A certain stability in your output reassures you that you’re good, if not really good, and your stuff makes people happier / wealthier / more effective — in their own worlds — without much error. So you forget about those days. Because mostly work is good/great-ish.

But something can happen, it happened to me this year, where suddenly some of your regular game becomes unpredictable. You get curve balls thrown, the rug gets pulled out, you think this but really it’s that. It’s not devastating necessarily, although it could be, but what can feel like a sh&t show might really just be virgin territory — a growth spurt. You haven’t done this — like this — before. Maybe you haven’t structured a deal like this, or worked with a client…like this, or taken on a role…like this.  Or had a partner…like this. Or found your own company in a particular position — like this — until now.

Stepping up or out, or even just new relationships/processes/risks, has reminded me of what it feels like to be new at something again. There have been frustrations. And joys. But that pendulum has been back — after years at a steady pace. It’s uncomfortable.

Privately, I’ve condemned  myself for not being better, smoother, less emotional. Maybe you, too, have wondered how you got here. And mistakenly, you think you’ve regressed.

But ease up. I’ve got a campaign going on myself right now where I just say, “calm the __ down” when I feel that uncertainty. I agree, not that poetic — but it works for me. Consider that the movement you feel is likely not reverse — but, in fact, 5th gear.

The cool thing… about doing a new thing/feeling/situation/circumstance, is it either opens a new door, which means new territory, full of potential – or – gives you information about why you won’t do it again. You get to decide.

Doesn’t have to be your-amazing-everything or your failed-whatever. Don’t give it more weight than that.  You don’t know how it fits into your future until you have time to digest where it fits into your past.