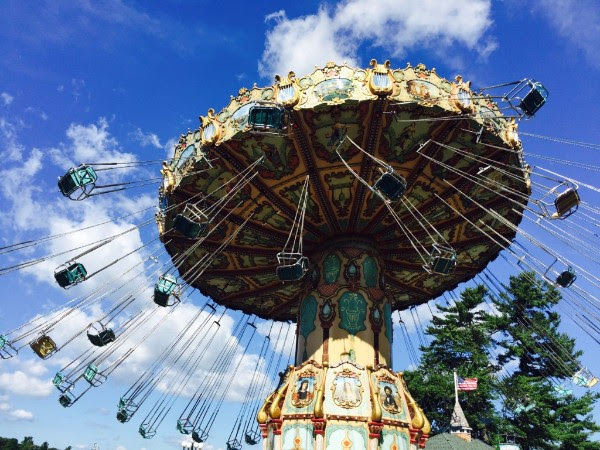 Going nowhere fast. Works if you're in an amusement park, but that's about it.

There’s a certain kind of answer that just makes anyone on the receiving end feel bad for asking the question, and keeps the question “in play” without actually moving the ball. It’s circular. It’s not useful. And, it’s quietly sort of mean.

It goes like this (and by the way, I’ve both done it and it has been done to me. Neither feels good.)

Q “Do you know where the blah-blah document / creative collateral / beach towels / printer ink is stored?”

This happens, obviously, because the askee feels that they have adequately provided information for the asker at an earlier time, but I think we all know what it really means. The askee wants to prove to the asker that she is lazy, stupid, annoying — or at best — forgetful.

I’m not saying it’s okay for people to be lazy and ask the same questions over and over. I would be the first to say that this is crutch of a habit by those who don’t want to do the work of looking for said missing item.

But no matter which way you spin this, even if you’re right, you’re wrong. It doesn’t move anything forward to react like this —  nothing changes except a neutral or benign feeling …turns sour.

This is particularly dangerous in small companies or teams. Let’s find a nicer way to say, “I already told you.”

The price of a little creative communication is paid back in gratitude.