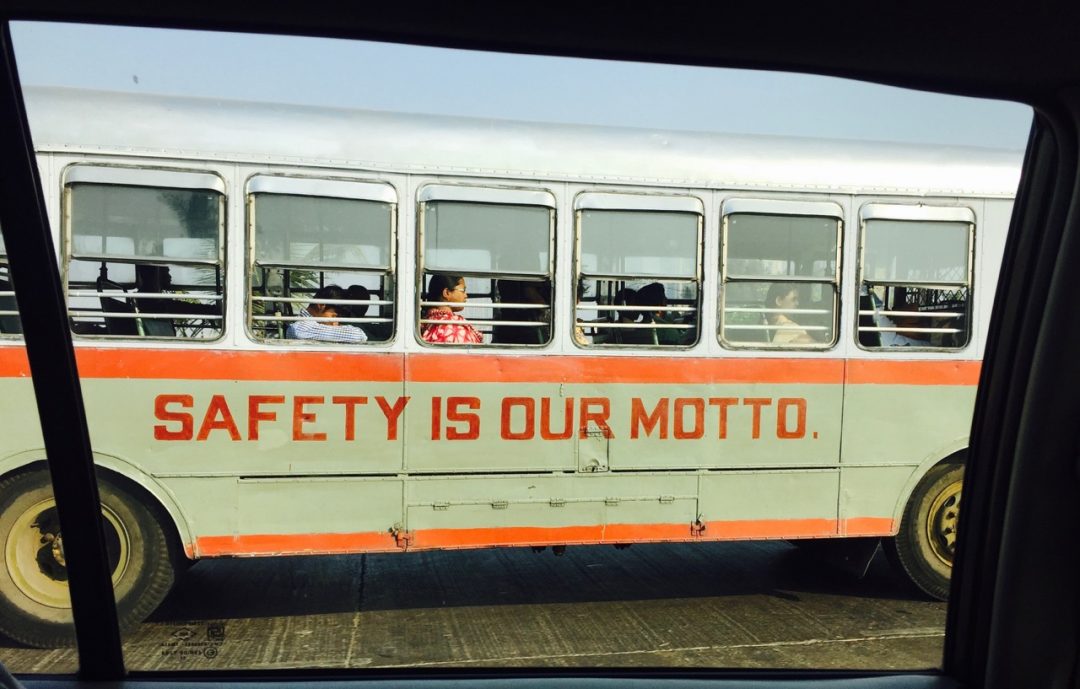 Even this half-beat public bus in Bombay has one.

Lucky are the doctors, therapists, lawyers and journalists — among others – when it comes to professional codes. Their days are governed by rules and laws – by an organized body of ethical standards that deems “yes we can” or “no we cannot.” It’s not that there aren’t gray areas, but at least they’re held to a baseline of collective agreement. For creative’s, consultants, entrepreneurs, marketers, in other words, most of us — we call our own shots. At a minimum, we aim for ethical, but there are hundreds of questions that live in a pretty gray area.

I heard Anthony Bourdain interviewed on NPR last weekend and he talked about his own code, mostly bleeped for national radio – that basically said he wouldn’t live his life or be part of anything he couldn’t stand behind. Nor would he work with people he “didn’t genuinely like.” He was more graphic (as expected), but in a nutshell, said – no bullsh$t. It’s easier to say that once you’re successful and in a place of power. But what about when you’re still in the hustle? Still building? Still pitching? Still perseverating over “yes I should” or “no I shouldn’t”?

I had a great brand ask me to pitch work on spec recently, to write messaging as a means of interviewing for the (big) project. I wanted the work. I really like the client and brand. But I know better than to invest a day in tagline development without a complete brief, without feeling invested, and without an official engagement. Doing business development and client woo-ing may be part of the job, but all of us who work in undefined business landscapes have to recognize a fools errand when we see one. Submitting a half-baked idea in order to ‘seem’ the most clever / creative / smart isn’t the way I want to win an account. I have a website, a portfolio and a weekly blog… if they want to see the work. You likely do, too.

I can tell when my code has broken links pretty easily; I’m uncomfortable with the arrangement (at best), or annoyed with terms (trying to understand why I agreed)  — at worst. It happens much less than it used to, but it still happens #stilllearning.

We all need codes. But when they’re on a case by case basis, when they’re too malleable, when we make exceptions and call it the rule, we break them without ceremony.

Have a standard. Make sure you can live with it and hold yourself to it. If not you, then who?