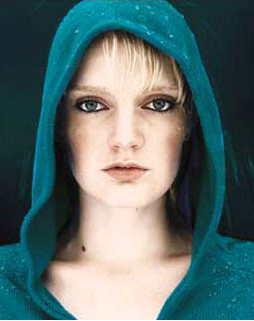 There are times when your “surface” needs to be sealed, and other times when it needs to be porous. Often, it has to be at the same time to truly be useful.

When I first meet a client, they’ve developed “beliefs” about what can or can’t be done, either based on years of a certain strategy that no longer works, or a few traumatic experiences. These narratives may turn out to hold water, or they may be anomalies born of other factors they haven’t considered. Usually these (potentially) biased ideas have shaped what they think they’re hiring me / us to fix. But until we know more and ask more questions, we have to hold those “facts” in a suspension of disbelief. We have to treat them as wickable. If we accept them as absolute, our strategies will be as silo’d as the clients’. They need us not to believe them, as much as they need us to hear them.

“Facebook has never worked for us.”
“No one wants to read more emails.”
“People won’t buy things on the internet.”
“We’ve done it that way since day one.”
“Customers don’t want to share cars.”

It’s often our job or role to press pause for others and drive a conversation that unpacks / disrupts / refutes / or (maybe) buys the reality of the perception. But how do you provide this valuable service to yourself?

It takes some fancy footwork to hold your own breath, stop your own film, pause your own song — long enough to see if you’ve inadvertently built a false narrative. You’re busy doing the work — so it’s not easy to also figure out what part of your belief system is being misshaped by actions as they happen in real time. Kudos if you can be that kind of ninja!

But bigger kudos if you can be open / humble enough to let someone else take a crack at it. They might challenge what you see as a certainty, or play Devil’s Advocate in a way that’s tiresome. But they’re offering you a non-stick surface, which is the only way to see blindspots — or better — unchartered territory.

You can be dual-materials to everyone else, and probably get paid to be, but the biggest favor you can do your own business is to put your precious cashmere in the hands of something more industrial, and see what happens. Could turn out to be genius.