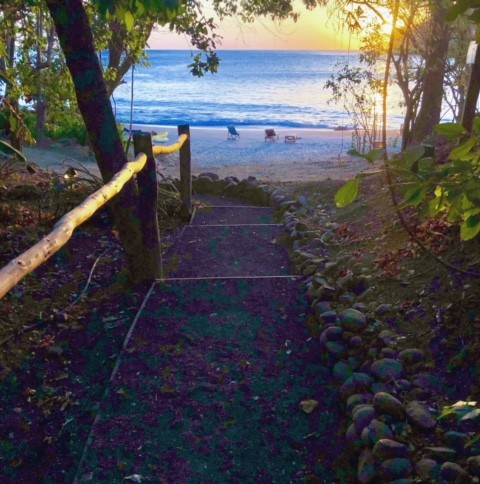 Everyone's vision is limited. Bring the view when you can.

Wife. Of. The Owner.

Isn’t it interesting that in 2018, the woman in a partnership could still be considered a plus-one to the boss?

I actually don’t think anyone using this title means any harm, but when I was on the receiving end of it the other day, I was reminded of how ubiquitous these unintended slights really are.

As the co-owner of a new business, I was in a delightful conversation with a new employee who, at the end of the conversation, gave me a compliment that included her excitement at talking to “the wife of the owner.” I offered an alternate title for myself to her which was, “I think you mean the co-owner.”

While I wasn’t upset, something changed in me. In that moment, I became personally invested in stopping the marginalization of anyone — from the subtle gestures to the more glaring ones. If a 23-year old, financially independent, highly educated, engaged citizen-of-the-world can make this mistake, it can happen to anyone.

I know our antennae are all rather “up” lately on this — but I don’t think there is any stance that is too vigilant on this topic. As someone who works behind the scenes for brands, I’ve gotten very used to seeing my work out in the public, on Instagram, in the communal zeitgeist — with zero attribution. Such is a life in brand strategy and advertising- -often invisible to the majority of the world. And that’s okay. But when I see that same standard applied to the woman behind the work in a myriad of other situations, it strikes a nerve. Maybe it even lights a fire.

If anyone has ever wondered why women (or anyone who feels unseen) “seem so angry,” it’s because we are so ducking tired of holding 15 balls in the air and still delivering high caliber work, only to be treated as a side dish to the main one. This comes in too many formats and contexts to list, from domestic and family contributions to vocational and professional ones – but I can assume that anyone reading this has been that person at least once, if not dozens of times. Feeling invisible, when you’re hauling a load, is one of the worst kinds of slights.

To those who find themselves in positions to change this, course correct or otherwise give credit where it is due, please do it. This is not a directive to men or women but to all of us — to acknowledge work (and workload) and to celebrate where it’s earned.

In a different situation that swirls at the center of my orbit lately, someone did that for me. And I won’t soon forget it. Thanks, Doug.