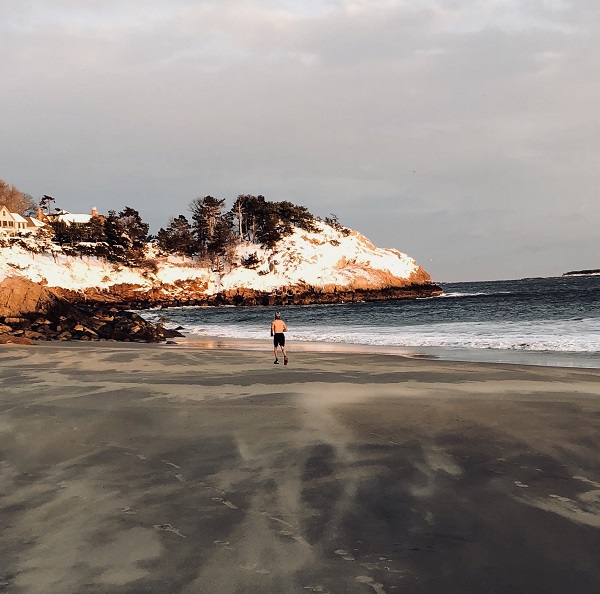 Might we glean something from this dreaded word, and might I possibly be the last person to come to this seemingly obvious conclusion? Forgive me in advance if you’re miles ahead.

In a conversation with one of my favorite clients recently, when I shared my own (common/clichÃ©d/sadly normal) conflict around certain feeds on Instagram, he told me this:

“You’re not alone. I just unfollowed everyone I know so that I can exclusively follow the people who truly inspire me.”

And later, in the post-conversation-mental-marinade, the justification cycle went something like this:

But I follow them to know what they’re doing, because it’s part of my job to be aware and connected to the marketplace, to observe influencers, and because my peer group follows them, and because they like my stuff so I should like their stuff, and because 40k other people follow them so…maybe I should too…and so on.

Lately, I’ve found myself flattened more than inspired, after looking at Instagram. And, the data says there are a lot of us. While I love posting and sharing with my own followers, because it feels warm and cozy, I feel unprepared with what sometimes reaches out from the screen and slaps me around a little — messages that annoy and provoke and then linger like a low-grade fever. Certainly not a crisis or even a curveball, they are much more a commentary about what provokes feelings I don’t deem worthy than of any wrongdoing by anyone else.

Logic would have it that if something feels bad, it is bad. But that ain’t Insta. With inspiration, connection and beauty can sometimes come addiction, bitterness, and envy. It is a platform that shines at presenting one (gorgeous) version of everyday reality. While it doesn’t take much time relative to the course of a day or week, the focus that it does pull seems out of whack with my priorities. It beckons me to questionable places — unproductive lines of dialogue that would otherwise never start.

We’ve become a little bit enamored with knowing what’s up with other people. It’s fun. It’s voyeuristic. It can be awesome sometimes.

One route is to unfollow, assuming you have the willpower to do it. But even if you can check that box, this platform remains a fixture for most of us because the good outweighs the bad. It calls for resolution, one way or the other.

As for me, I’ve reframed the Insta visual playground and am #following the Marie Kondo approach to social media in general: