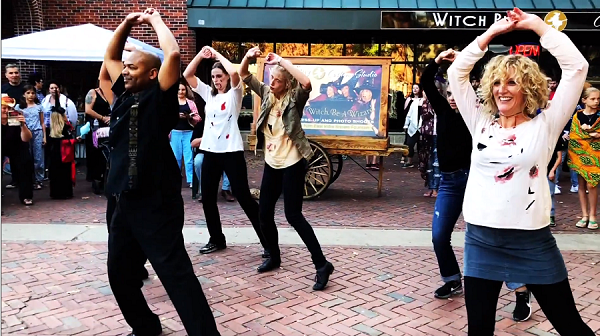 There’s a big difference between…
Writing a book and publishing a blog post.
Running a 5k and finishing a marathon.
Climbing Kilimanjaro and taking a day trip up Mt. Washington.

Our world has become ever more crowded with ambitions of every sort, with social feeds detailing the enviable evidence of our friends’ (and their friends’) milestone feats — that it can sometimes have a defeating effect. “I’d have to train for months…to have a big idea…to quit my job…I’ll do it next year…I’d need a partner.”

In an evolutionary world, it only makes sense that people are doing more and bigger stuff all the time, right? The minute one person does anything — much less better, faster, or longer – 20 more succeed in breaking those barriers.

But big accomplishments are few and far between. They’re promises worth keeping to ourselves, without question — but to overlook smaller dreams — or dismiss them as a distraction, unimportant or trivial –  is to miss accessible opportunities to make meaningful dreams come true.

Indulge me on this one.

I recently set my sights on learning Michael Jackson’s Thriller dance in two weeks. This was not without sacrifice. Over the course of my 14-day mission, I set aside some important work, made less interesting dinners, commuted in rush hour traffic, and dropped one ball in the form of a missed meeting. But…it was a short-term goal that felt semi-realistic, and that meant I finally (kind of) felt like a legendary pop star who I must have watched on MTV 100-plus times as a kid. Looking at my life, which admittedly doesn’t have a lot of room for “more”, this actually seemed do-able.

And it was… So. Much. Fun.
The learning.
The practice.
The performance.
All of it.

Grand finish lines are wonderful, but they aren’t the only goals worth having.
Of course you should write a book, renovate a house, get a degree, pitch the show,  launch the podcast and sell the business. But you could also take the class, do the gig, submit the work or enter a smaller, local race.

They aren’t without effort, intention, and logistics. But they’re within reach.

And what they might deliver is a reunion with the kid inside who still wants to feel giddy, nervous and beside herself with excitement. This kind of glee can’t be manufactured. But it can be cultivated.

Look around.
Decide on your “yes” thing.
Punctuate the finish with a date, a registration, an unveiling, or by pressing send…