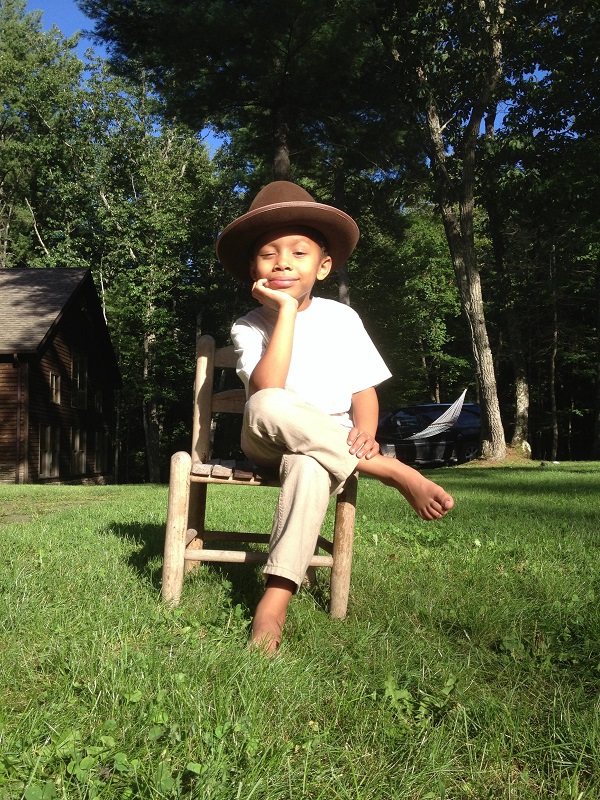 Will this boy, Penelope, have a say?

A long one today, friends.
Stay with me.

I’m worried about…
“The future is female.”

We saw this on handmade signs, bumper stickers and in many of the optics surrounding the women’s march and post-election speech. Now, it’s grown into an active hashtag across social media, whenever anyone wants to promote a women’s issue/business/perspective or vibe. It has become shorthand for “this is a woman thing.”

It gave me pause then… and still does.

I remember the moment I saw it on the t-shirt worn by a little boy. His mom was holding him and I wondered if and how she explained that message to him, and…what might he think when he’s old enough to know what it means?

I’m pretty sure I know what we/they are trying to say, which is, “the future includes more womens’ voices – at the top — and everywhere.” Yes! But words are a big part of my world, and the world, and a slogan such as this isn’t actually saying what it needs to say.

It reminds me of a typical advertising device. Marketers will often go with a tagline or message because its alliterative, more than it is effective, because it sounds good. It might seem like it works, but upon closer examination…it doesn’t actually say much.

Sure “The future is female” has a good ring to it.

But do any of us want to live in a world dominated by one gender? Isn’t that what we have now?

For movements to create impact and change, they often have to swing much further into one direction, only to be able to land somewhere in the middle. I would never diminish the bravery and hard work of the activists who led us to where we are in 2017. But I wonder, with all that is in the news cycle right now, if the narrative is inadvertently creating a similarly binary conversation — and vilifying men — while ceremoniously vindicating (all) women.

The future is (hopefully) a safe place for everyone — a girl who wants to be a boy, a boy who doesn’t identify with either male or female, a girl who has to summon the courage to say “stop, this isn’t right” and a boy who wants to tell his dad that something happened — but he’s too ashamed to say it.

Could it be that what we really mean is that the future is a place where all voices are represented?

As long as we continue to create dynamics that pit one group over another, where one matters more, gets more air time, dominates an industry… we will have the oppressed and the oppressors.

Historically, we’ve accepted two options, which is why it’s hard to see past this right now:

If we discount men, we undermine our ability to build a better future with men (and anyone who doesn’t identify with female). Men (news flash) are an essential part of our world.

Some men have created great pain and suffering.

Some women have been the victims, and will be forever changed by their experience.

And even more people have been silenced for their inconvenient truths.

When we talk about empowerment, and bringing more women into positions of leadership, across every industry and governmental branch, let’s also remember that most men (who were once someone’s little boy) can hear us — and must hear us. So let’s say something that shows them what our experience and leadership looks like.

Maybe a better slogan would be “the future is equal.”

As a copywriter, I can’t say it’s as viral.

But as a person, I think it says more about our shared vision.