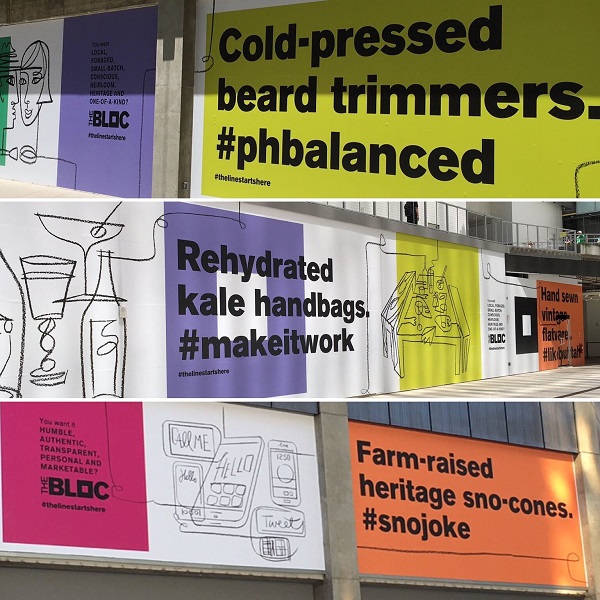 I’ve talked about singularity in this blog, as well as belonging, long-term relationships and the difference between good and great. I’ve obsessed over design (or the lack thereof) and extolled the power of words. All of these themes thundered through my chest as I learned that one of my longtime collaborators, Clive Piercy, the creative director of LA-based design shop Air Conditioned (a|c), had died after a year-long illness.

I met Clive, and his incredible team, about 13 years ago. He was sharp, dry, irreverent – utterly British, and in every way. In those early days, I was intimidated and, admittedly, completely out of my league. I quietly watched his design presentations, hoping my words would make it into his world, onto his radar — that I might matter to him someday. When they did, I saw how important the relationship between design and words is; and how this love affair can create fireworks for brands, stories and messaging. I’ve never looked back.

His idea-driven design introduced me to a new level of work — one I could never unsee, actually. He had a sharp tongue and critiqued my submissions more than praised them — but of course made them better. Clive had instincts that were rarely off base. a|c and his design leadership shaped my own filter and perspective. So much of what I know about this work comes from projects with Clive, Hilary, John and the team.

I’m good…because he was great.
We’ve lost one of the best.

I don’t think any of us (and there are so many) who count Clive among the most influential creatives in their lives, will soon walk into any meeting or read any brief without hearing Clive’s missives over their shoulder.

Count your teachers as your blessings, because they don’t always appear as such until they are no longer there to remind you that one of the reasons you do what you do, is to please them.

For more on Clive, a|c and the value of exceptional teams, read this post.