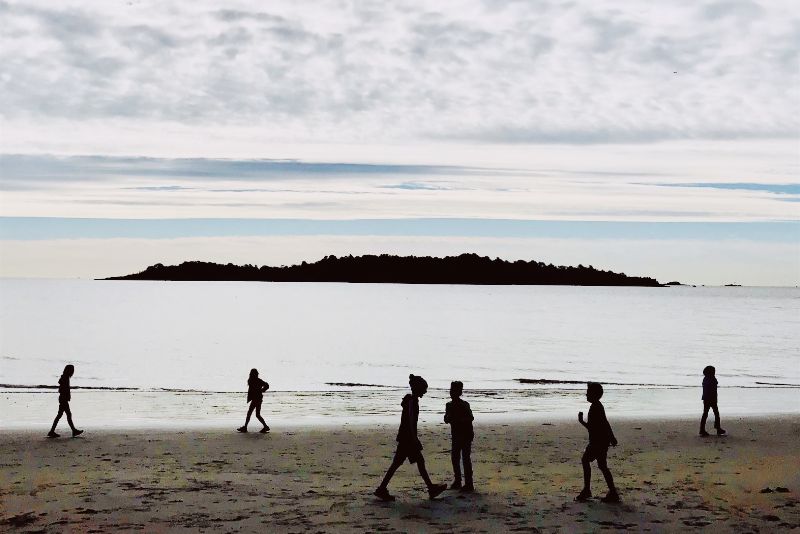 When it comes to needing answers, should we examine, analyze and push? Or, is there also a time to allow, observe and… take action, without concluding? In other words, might we get a better definition by allowing one to reveal itself?

Pandemics aside, when a business struggles or a disparity is uncovered; when one person in a relationship needs a concrete direction in order to move forward; or in almost any circumstance that begs for an immediate resolution — we all react differently, according to how we’re wired to recognize (and tolerate) the unresolved.

I recently did a 23andMe DNA test, after three years of letting it sit on my desk. I had resisted it for various reasons but finally gave in. It contradicted everything I had been told about my dad’s side of the family and revealed a startling absence in the lineage that had been ‘my story’. The information was so destabilizing and disorienting that my mind could only conceive one conclusion, that my paternal grandmother had misinformation, or worse, created a narrative that wasn’t true. But just days later, a friend shared that even siblings can share the same heritage and still have radically different DNA. Suddenly, my conclusion took a left turn when it was headed right; my grandmother’s account could be legitimate but not appear in saliva analysis. The answer needed time to resolve itself, and I could not have predicted its reassuring resolution.

Here’s another way this shows up.

In one of my businesses, we look at the End Of Day report as a snapshot of that day’s sales, but not as a measure of the business on the whole. We need to know what worked and what didn’t – Key Performance Indicators – but we try not to get attached to outcomes within these brief pictures. Every month we look at numbers to investigate growth, losses… idiosyncratic data points. Still, even one month doesn’t give us enough intel to have a real conversation about the health of the business. A (former) partner, however, had a different outlook on these KPI’s. He took a hyper-focus to certain numbers, which significantly impaired our ability to watch and learn. We became less effective because we felt forced to create premature answers to problems that hadn’t existed long enough to be fully known.

And…the same can be true in relationships. It’s easy to want reassurance and certainty about interpersonal opacities. If it’s gray, we want it black or white (or at least a name for that shade of gray). Do you want what I want…when I want it? Are we going in the same direction? Do you feel good /bad/indifferent about the same things I do? Forcing an answer to questions as complex as these can sometimes have the opposite effect, stifling a process that needs time and space.

I have imposed my need for answers to questions (at work, in love) because my need to know now was stronger than my ability to wait…see…revisit. I sacrificed the potential of a clearer, more informed answer because I couldn’t see that it was materializing…just more slowly than my mind was willing to accept.

What is the impact, then, when we can’t stand the process enough to let it continue?

Do some shapes form when we put down the protractor and stop trying measure them?

Answers matter. But extracting them prematurely has consequences, too. Like interrupting a flower while it’s in bloom, or reading a poem before its finished, sometimes a thing needs to be in motion… for longer… to establish a rhythm worth articulating.

It’s okay to wait and see. But only if it’s okay with you.