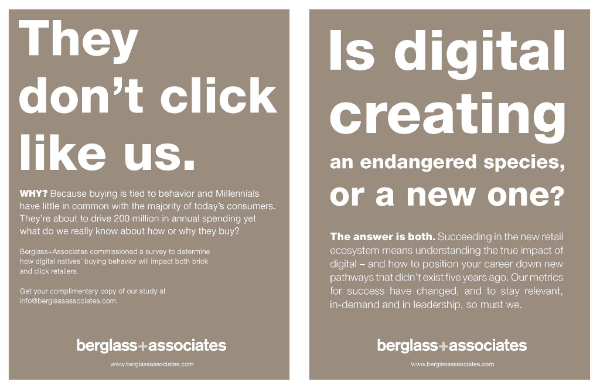 This may sound familiar: “Can you help me with XYZ? It will just take a few minutes.”

The hilarious thing about anything “just taking a few minutes,” is that it only takes you a few minutes to review the creative, rewrite the copy, fix the logo, talk someone off a cliff, post the social, adjust the picture, modify the brief, call the vendor, dissect the invoice, take the call, design the invite…because you’ve spent years getting really familiar and good at that thing – and as a result, it only takes a few minutes. It’s actually WHY it just takes a few minutes!

Sometimes it can feel like people minimize this – they incorrectly calculate that because it’s 10 minutes of your time, it must cost ten minutes of their money or ten points of their appreciation.

This lesson was made really clear to me with a client in New York City, an older gentleman who’s pearls of wisdom come from stories of days gone by. I lamented sending him a sizable invoice for an ad concept (above) that had only taken me a few minutes to create, because similar types of work had taken me two days for the same price. This disparity bothered me – and I was transparent about it.

“How can I charge you the same fee for work that took less than half the time?”

He shared of a friend who had gotten himself into serious tax trouble, to such a degree that his lawyer called him and told him not to come back to the office, or go home, because the authorities were at his door. The lawyer reassured him that he would initiate resolving the issue immediately. The troubled client wondered how long he would have to flee the city in order for his lawyer to fix things with the government. Four hours later, the lawyer called and said, “I fixed it and you can go home now.” The client was thrilled at his efficiency and smarts, until he got the bill on Monday. He called the lawyer in disbelief at how four hours work could possibly cost this many thousands of dollars. The lawyer said, “Sir, you don’t pay me to read the book. You pay me to know which page to find the answer.”

This is why charging by the hour is problematic for certain types of work. Whether it took you 8 minutes or three days, some “services” need a flat fee. Others are time-intensive, no matter what, and your experience has to be calculated according to the efficiencies, expertise and insight you bring to the hours it really takes.

Know the difference on this for yourself. When I create ads, they have to be short, disarming messages that run in national or international publications, like the New York Times. That’s a big weight to carry, but I charge for that. Sometimes it comes easily. Sometimes it doesn’t. But it always costs the same.