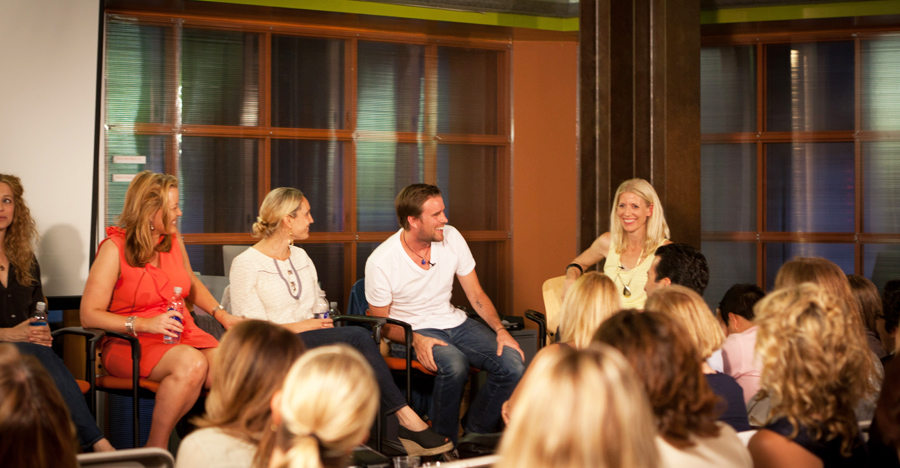 Never give up.
Just be yourself.
Go with your gut.
Just hang in there.
Follow your passion.
It’s meant to be.
Something better will come along.

Many of the monikers above are common refrains from the media, our friends, colleagues – the motivational posters you see at the dentists office. They just sound good, right?  The New York Times recently ran an article titled, “Be Yourself is Terrible Advice” based on the writers experience preparing for a Ted Talk in the Age of Authenticity. Is our collective agreement about what to do when you don’t know what to do…flawed?

Back in the day, when SMARTY hosted monthly panel discussions with entrepreneurs, I asked each speaker to re-think any recommendations around “passion.” The majority of them were surprised at my request – which was – “It will be natural to tell the audience that they have to find their passion and follow it. And it’s not that this is untrue – but it’s not the whole story – and coming from you, it can’t be the pillar you hang your success on, because most likely, it isn’t.” Not one of them ever disagreed. Passion is part of it – but it’s nowhere near all of what keeps us going, builds a successful relationship, business, spiritual practice…

Passion waxes and wanes, and further, we’ve almost become anesthetized to the word’s potency. I would say find your compass is better advice – because it’s more closely connected to purpose. Your compass is a guiding North Star that doesn’t fluctuate based on fatigue, disillusionment, relationship or markets. It doesn’t rely on speed or intensity – just coordinates and direction.

And should you “Just Be Yourself”? – probably not. It’s not specific enough. What we think we’re saying is “don’t be someone else” which may have some merit. But to “just be yourself” doesn’t take into consideration the audience, the format, the end goal. It’s too vague. Which means it’s not that useful.

My favorite is “Never Give Up”  – because sometimes you should give up. Many of us are so committed to this idea that we never give up in the face of dozens of factors begging us to walk away. We don’t give up because that would be… “giving up”(bad!)….not because giving up is actually going to save us, heal us, create a better environment for success, give us our time back, our heart back; give our efforts a more fruitful outlet.

Question the common cliches. They carry some truth’s, some of the time, but they’ve been positioned as highest truth’s – and for that they are misleading. What we want are “laws” that govern a chaotic and unpredictable inner world – so we rely on these. But the better guardrails might look less like a tagline and more like a suggestion.

Maybe less “Just Do It” – and more –  “Let’s try this.”
Not as sexy. But your life isn’t advertising. So the copy doesn’t matter so much.