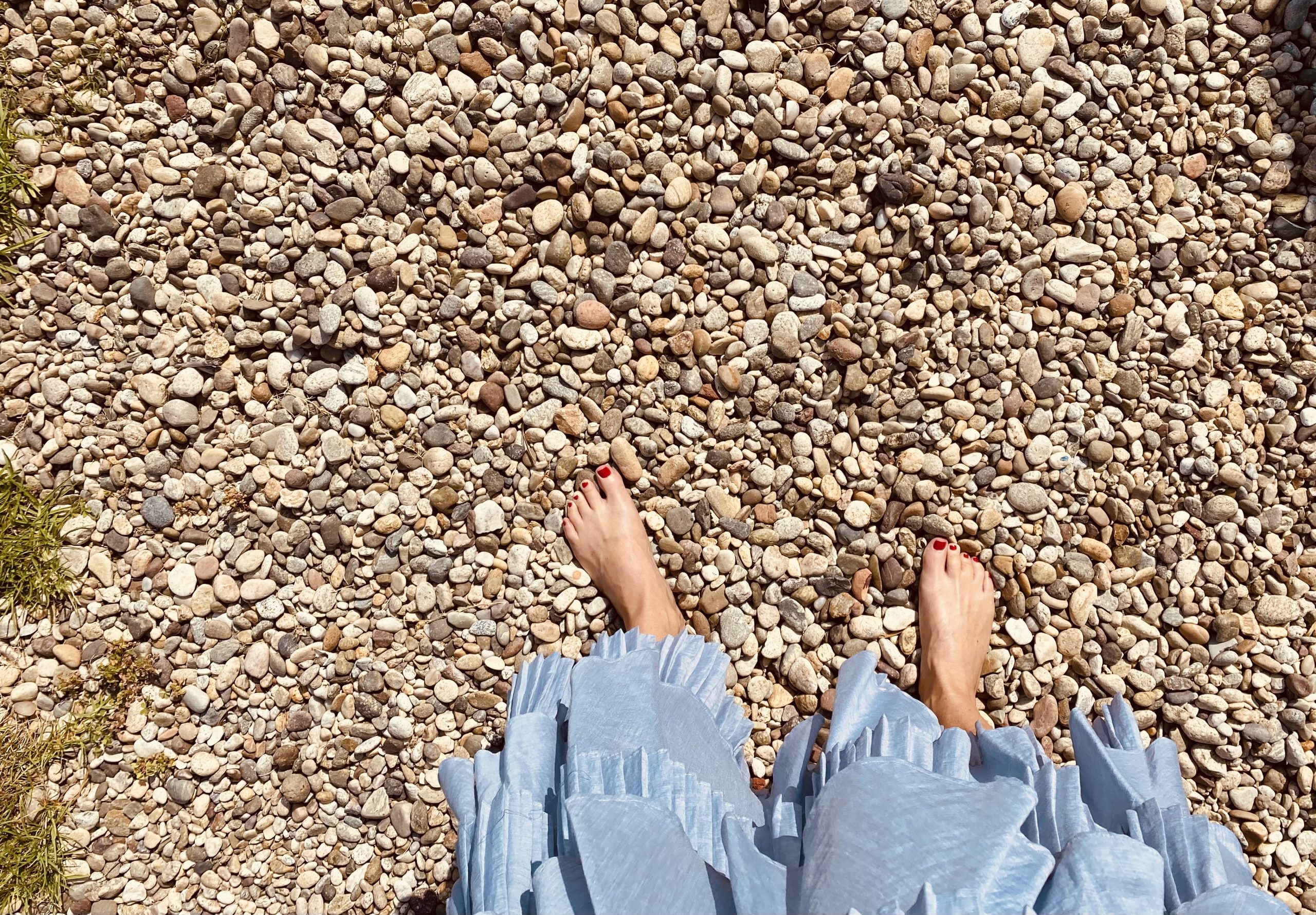 Have you ever made the choice to let go of a thing – a project, person, or circumstance – and despite feeling conflicted, were reassured that the void would allow for something more on-purpose? Sometimes this change feels more like a non-transferable “knowing” – a need to say goodbye, despite “next” having no name or forwarding address.

But they are not without depths of “WTF” either.

The longing could arise from…

I find myself contemplating this transitional discomfort since closing one of my businesses this summer. Like any right-brained creative who for three years white knuckled as a left-brained CEO, I welcomed the newly available mental real estate.

It was a purposeful ending, yet there was no “big idea” or seductive project waiting quietly in the wings. I felt the certainty of no longer being in one world, yet not a central character in the next either.

It seems we all have cycles in life when we know the shoes no longer fit, even with what once felt good. It may have been a great run (in whatever incarnation, for however long) but the “me + this” no longer holds.

And if you’re in midlife, this moment is often characterized by an internal dismantling.

Maybe there’s a yearning to be cast in a role or relationship that better reflects who we know we are, but that our reality has not yet become. It could be an urgency to align with potential, paired with an intolerance for the status quo. It’s usually a need to serve the right mission, with all the benefits that come from hyper alignment – purpose, compensation, community, shared obsessions.

Change, even when we initiate it, can also feel powered by some “otherness” – something in the destiny or dharma family of concepts. Akin to an animal molting, the transition isn’t always beautiful – but it’s happening… like it or not…with or without consent.

(Sidebar here. There’s real luxury in being able to consider new chapters at all. As any reader of a certain age knows, there are life phases when survival is the only north star, with no time to look left or right and “consider” anything but the needs of that day. But, with stability comes an invitation to be discerning about what’s inbound. These are opportunities that call for an alertness. But only because there’s bandwidth for it.)

Some people, when the gotta-change-this-sh*t feeling arises, get to making lists of dream jobs / people / income streams / partners.

Nothing wrong with any of it, but apart from it – or concurrent to whatever works to conjure one’s calling – I do something else. It’s more atelic (without a specific goal.)

Going back to the shoe metaphor, instead of putting on the easiest, nearest “new” shoes, I try to go “barefoot” for a month or two. It’s a little like being blindfolded and walking through different land formations; sand, forest, marsh…garden soil. Except, there’s no destination.

I resist the impulse to identify “next” and instead, just feel what there is to feel, while being available to introductions, invitations, and conversations. With no attachment to an outcome, these times have a “yes, and…” quality to them.

Impatience and a need to “know” is the well-established enemy here because it would be so easy if something dopaminergic was at the end of the next text, email or phone call – a salve against the darkness of perceived rudder-lessness.

The danger in believing the “quiet” lie is that it’s reactive. It disrupts a process in progress. It’s perilous because the consequences could be a premature agreement – and worse – to the very same thing (in different clothing) that was to become the past. Talk about wasted time.

We feel better right away (of course we do), because the anxiety dissipates momentarily, but that short term satisfaction sacrifices an important, if somewhat invisible, alchemy.

As a writer, being able to put something into words means I’ve got my arms around it (in a sense.) This is great for client work because I can nail a campaign / script / project according to a clear challenge / solution equation. But in my personal writing (like this) when I can’t find the words, although it’s irritating, I also know there’s more gold to mine.

For me, the not knowing opens a portal, like following breadcrumbs, to something I could have never articulated the day (or month) before. I often know when I’ve hit on a “thing” because it feels unrecognizable to its previous form.

Yes. And could this apply to next chapter questions, too?

Ask yourself – do you need to know what’s next? Right now?

Or, could you give time a chance and allow circumstance to organize itself into something that more gradually reveals…something outside of your wonderful (but currently limited) imagination?

I’m neither waiting nor inactive in the process.

You can, after all, have “bare feet” and still “walk.”

The point is to forget the arrival.

So many of the serendipitous circumstances that have given meaningful contour to my life were the result of seemingly disconnected parts. Alone they were just a nice conversation, a book at the moment I needed it, a letter drafted and sent. Yes, I participated in each of those things. But what came back was a constellation I could not have organized.

You know this because we all know this.

Consider taking off your metaphorical shoes and leaving them at the beach head. You could come back for them, or not.

I’m sensing butterflies around a thing – even if I feel like a tourist.

I’ll be barefoot for a minute if you care to join.