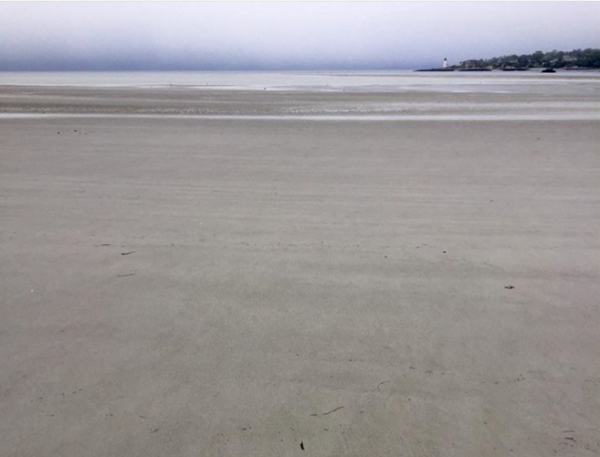 Gray areas are familiar territory, but not when it comes to letting people down.

To accept or decline.
To engage or pass.

It’s hard to predict when saying “yes” to something has the unintended consequence of disappointing people who hold you in high esteem. A recent situation had me questioning whether showing up at half-strength… was worse than canceling all together.

Like many of us, I’ve lived in different cities for meaningful periods of time. So when I find myself in my former stomping grounds, I often suffer from “never enough time to…” There’s rarely time to see everyone I want to see, do everything I want to do or be everywhere I want to be — because I’m there for work — which is the priority.

Recently, while on one such over-scheduled trip, I accepted an invitation to attend an intimate gathering organized by a friend; someone who, in kind, supports professional events/gatherings that I sponsor. But when the time came, my eyes were glazed over with fatigue, my voice was raw from talking all day, my brain was drained from problem-solving since 6am (to accommodate east coast time)…and all I wanted to do was turn off my phone and decompress. At the same time, I have always had an almost visceral reaction to flakiness, to a broken word — to disappointing anyone. I didn’t feel I could cancel, especially when I knew my presence was important to my friend.

In the end, I’m not sure that attending was the right decision because the version of me who did show up — kind of sucked. It was a “half me” — with energy more like a wilted flower than an additive contributor.

You have to wonder — who wins in that scenario? I kept a promise — but showed up on fumes. For those of you with an amazing game-face — you can pull this off far better than I can…. as I tend to wear my feelings, for better or worse, right on my face. At a big event, I can get away with it – but among just a few people — it doesn’t go unnoticed. Clearly (I mean I’m writing this, right?) it’s still pulling on my conscience in some way.

I find myself torn between wanting to apologize for lackluster presence — and – wanting a pat on the back for showing up at all.

Is the only option to prequalify a RSVP with, “Maybe, but I’ll be coming off a long day”?

This, and others like it, sound so (very) lame to me, as I judge them all as a half-yes — in other words — an insurance policy on a future copout.

But I can’t think of a better way to demonstrate support and make room for the possibility of yes, but insulate myself from the chagrin of canceling at the last hour and becoming one of “those” people.

What is your strategy for conundrums like these? Weigh in here. Inquiring minds need your wisdom.