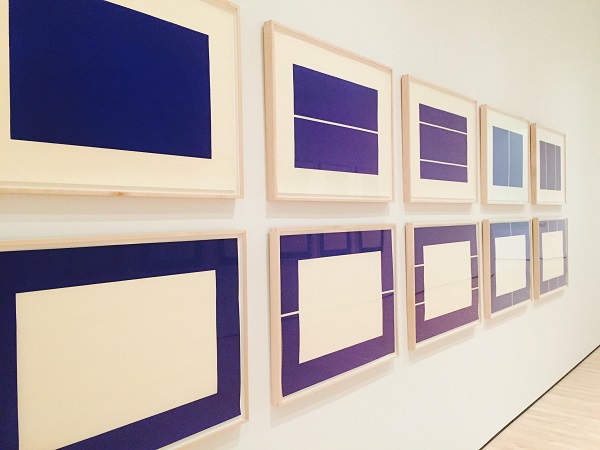 I recently came across a newsletter style blog, similar to what I publish here, penned by someone I worked with in the not so distant past. There was a strange similarity to it — with some of the tics, cadence, and themes, that I recognize in my own musings.

At first, I was shocked.
Then, annoyed.
And after that, I am pretty sure there was some eye rolling and judging on my part.

Feeling copied does not bring out the best of me, or anyone, really.

At around this same time, a ceramicist friend whose work has a recognizable color, shape, and stripe, had a similar observation. He questioned whether his signature style had been channeled by a much more famous studio mate.

Another former colleague discovered the entrepreneurial network she founded being duplicated by a former member.

And for anyone who makes and distributes products, you’re used to getting knocked off. But it doesn’t change how deeply irritating it is when it happens.

When words, ideas, a product or style feel co-opted — used by someone else for profit — it burns in the belly. Those on the receiving end want justice and credit. Our desire to right the wrong can produce feelings of preparing for battle or at the very least a child-like tantrum, though neither deliver a very satisfying resolution.

So assuming legal issues are not at stake, and the knocker-offer didn’t violate a patent, what can we really do when we see a version of our work, authored by someone else, in the marketplace?

One option is to quietly seethe, become resentful, grow-chip-on -shoulder, blame your failures on other people, and otherwise shrink into a person you wouldn’t be friends with…much less want to become.

The other is to get curious. Why was I inspiring to them? Why does it feel like me or mine…and could it simply be that he or she is tapping into the zeitgeist? A coincidence? What is this triggering in me… my ego, image, fear of losing customers… or is something else at stake?

A different option comes courtesy of Marcus Buckingham who, in response to discord, says:

“Assign the most generous possible explanation, and then believe it.”

It’s possible that copying you was the closest this person could get to creating something worthwhile. It’s also possible you’re wrong about any number of theories.

It’s hard to trace the lineage of an idea, and even when we do, there’s often not much we can do about owning it. But what we can do is shine like the crazy diamond we each are, and decide that there’s enough to go around. And then believe it.

Karma will likely take care of the rest.