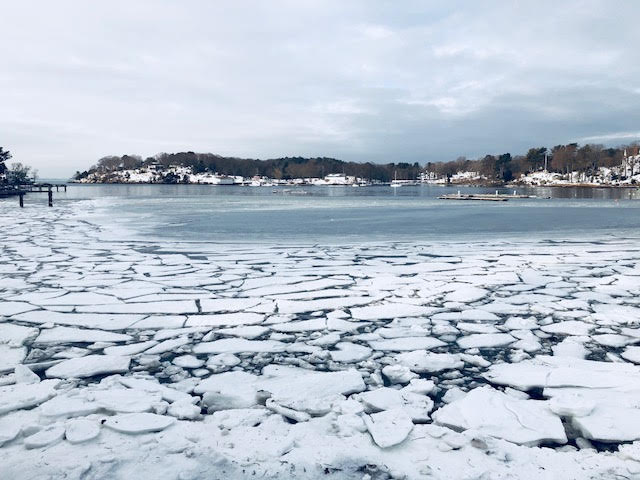 It’s hard to fully be yourself in any meaningful relationship when you have to be too careful – when there is even the slightest sensation of eggshells underfoot. Filtering oneself, whatever the degree, is not without cost. What I have noticed though is that eggshells are hard to spot in certain relationships. Crisis has a way of pointing out what couldn’t be seen before.

I once had a friend, a good friend, and business colleague, who played a huge role in my professional development. She brought me into opportunities that would shape my career and life, and over time became a big part of my day-to-day. But as much as I appreciated her support and promotion of my work, she was also unpredictable, emotionally erratic and had a fierce temper.

I learned to live with those edges because I cared about her, felt I owed her, and, logistically speaking, she was enmeshed in multiple aspects of my life. I chose my words carefully and handled myself with caution around her, and it became a dance I perfected. It was only years later that I began to see how much work all the tip-toeing and mind reading took. It’s hard to see the web you’re in when you’re in it. Now I know I was in a constant state of encouraging, soothing, reassuring or dodging bullets –  and it was exhausting.

One day she lobbed a ‘grenade’ over the fence…not only landing on me but on a lot of people in her orbit. It was the direct offensive that finally put the relationship into clear focus for me. Her outburst caused hurt feelings, professional setbacks and general bewilderment all around.

Her extreme actions allowed me to get “out” of a toxic situation, one that had long felt suffocating and fragile, without having to have a conversation. But I had no idea how deeply the dynamic impacted me until one day it was no longer there. I felt lighter and relieved.

I could have had the conversation, drawn the boundary or taken some proactive steps to address the issues more honestly, of course, but it really wasn’t until it was gone that I realized how much I was holding back. I’m not asserting that my approach is in any way evolved, but I do recognize the (very) human need to overlook behavior to save feelings.

Eggshells can cause a version of ourselves to emerge that we don’t much like, that could even feel tense/fake/compromised. I couldn’t see how much I adapted around her until I didn’t have to.

They also exist to signal landmines, even when we don’t know where those explosives are located. We fear stepping on them, at any time, anywhere, and as a result, move toward what feels like a safer trajectory. But in survival mode, we also lose something. Is it genuine expression? Is it truthfulness? Is it an ability to just be ourselves? Is it the opposite of intimacy — in the form of distance and protection?

There’s a difference between being sensitive, considerate and compassionate, and constantly worrying that you’ve ignited or wounded a person in some way. Worse is living in constant anticipation of it.

Knowing that difference can be a guide to the relationships we both cultivate and avoid. And to what we can no longer stand.

Funny thing about an eggshell — you can only remove one — with one.

If this metaphor is lost on you, what I mean is this… difficult relationships often require equally difficult conversations to effectuate change. And challenging dynamics are often only disrupted vis a vis a challenging incident that seems unwanted at first glance, but may be the straw that breaks the camel’s back…or pattern, in this case.